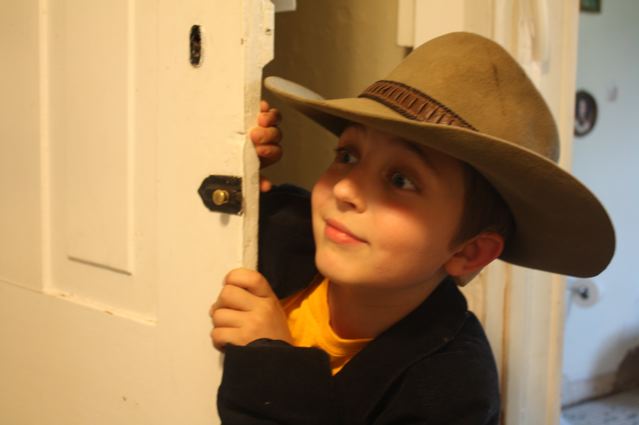 Recently, Two Peds in a Pod® went undercover as two unsuspecting moms surveying the scene on the shelves of a local chain pharmacy, seeking to uncover what medicines, ointments, and therapies avail themselves to the unsuspecting consumer. Today we break open the case.

All medication labels have an “active ingredient” list. This list contains the actual medicine that acts on your child’s body to hide symptoms or cure a condition.  Read this list carefully so that you know what you are actually giving your child. For example, Flu-Be-Gone claims it “cures the aches and cough of flu and helps your child sleep better.” In order to know just what is actually in Flu-Be-Gone, you need to read the active ingredients. Included might be acetaminophen (brand name Tylenol), a fever reducer and pain reliever, and diphenhydramine (brand name Benadryl), allergy medicine that has the common side effect of causing drowsiness and has some mild anti-cough properties. Notice neither active ingredient actually kills the flu germ. Additionally, you may already have these two medications in your medicine cabinet, or you might have already given your child diphenhydramine recently and giving Flu-Be-Gone would overdose your child.

Now, let’s hone in on your choices for the anti-itch therapy, hydrocortisone. When your child’s health care provider advises treating an itchy bug bite, poison ivy, or allergic rash with hydrocortisone, make sure that the ACTIVE INGREDIENT in the product is “hydrocortisone 1%.” Hydrocortisone comes as a cream, ointment, spray, or stick (looks like a glue stick) and can have aloe, menthol, or other ingredients thrown in as well. Don’t bother with anything less than maximum strength. Regular strength is 0.5% and is generally ineffective.  Also, keep in mind that while ointment is absorbed a bit better, it is more greasy/messy than cream.

Don’t be fooled into thinking products with the same brand name contain similar active ingredients. Also, do not depend on your doctor to necessarily know the difference between the all the formulations. We noticed that the same brand name pain reliever, such as Midol, can have different active ingredients depending on which one you choose. Midol Teen contains acetaminophen, Midol liquid gels contains ibuprofen, and Midol PM contains acetaminophen and diphenhydramine.

Let’s talk bellyache. Did you know that kids should not take adult pepto bismol because it has a form of aspirin in it? Aspirin may cause Reye’s syndrome, a fatal liver disorder. However, we did see a product called Children’s Pepto Bismol and guess what the active ingredient is? It is calcium carbonate, which is the SAME active ingredient as in Tums, and is safe to give kids. However, watch your wallet: the children’s pepto bismol that we found cost $6.00 for a box of 24 tablets. The TUMS that we found cost $4.50 for a bottle of 150 tablets of the same stuff, just in slightly higher dose. Check with your child’s doctor but in most cases, the kids can take the adult dose.

Also, be aware that cold and cough medicine have not been shown to treat colds successfully or even to actually relieve symptoms in most kids. In fact these medicines have potential for harmful side effects, accidental overdose, or accidental ingestion and are just not worth giving your children. However, we found tons of cold and cough medicines marketed for children. Here are the three most commonly used active ingredients:

Many products combine two or all three of the above. We ask, even if these ingredients did work well in kids and were not potentially dangerous, what is the POINT of combining a cough suppressant with an expectorant? Can you really have it both ways? (Remember, that Mission Impossible theme is still playing in the background.)

A few other tidbits. “Dramamine,” used for motion sickness, gets broken down in the body to diphenhydramine, that allergy medicine that we already talked about. So look at cost differences when choosing a motion sickness medicine. Both have the same side effect: sleepiness.

Many cough drops contain corn syrup and sugar. This is the same stuff lollipops are made of, so just call a candy a candy and keep your child’s throat wet with the cheaper choice, if you choose to do so.

Finally, we found one “natural children’s cough medicine” which claimed that it is superior because of its “all natural ingredients.” The first active ingredient listed? Belladonna. Sure it’s natural because it comes from a plant. So does marijuana. Just because it’s “natural” doesn’t mean it’s safe. Belladonna can cause delirium, hallucinations, and death and in fact has been used in high doses as a poison! Leave the cough medicine on the store shelf, and read our post about other ways to soothe a cough and cold symptoms.

Bottom line:  remember always to check the “active ingredient” list when buying any over-the-counter medication for your children.

As we were wrapping up our mission, one of the pharmacy employees came over to us, raised an eyebrow at our clipboard, and asked, “Can I help you ladies with anything?” We were tempted to answer “YES, can you help us take notes?”  but we just smiled and said “No, we’re fine, thanks. Just checking out what’s available.”

As we head into this year’s cold and flu season, we re-release this post in response to recent questions  about “the best cold medicine for my kid.” Originally posted May 27, 2011

“Baby it’s cold outside!” all about frost bite

Nipping conflicts between dogs and kids