Marijuana: Hashing out Fact from Fiction 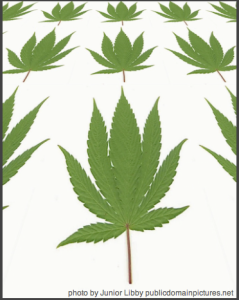 With some states now legalizing pot for recreational use, drug education for kids has never been more critical. The American Academy of Pediatrics released a policy statement this past year opposing legalization because of its potential harm to children, teens, and young adults. We welcome Dr. Shannon Murphy who dispels myths surrounding marijuana. – Drs. Kardos and Lai

THC, the psychoactive ingredient in the plant, previously hovered around 3%. Now the average THC level is closer to 16%. As of this year, some plants have been tested with levels reaching between 20-30% THC. There is a new form of pot known as hash oil that is almost pure THC with levels around 90%

I heard pot was not addictive. Is that true? Pot is addictive.

In fact, the younger you are when you start using pot, the more likely you are to get addicted.10% of adults and 17% of young adults who try pot will become addicted to it. If one chooses to use on a daily or near daily basis, the addiction rate climbs to 25-50%.

In addition, the more you use pot, the longer it stays in your body. For regular users, it can remain in your body for several weeks. As a result, there is a sub acute impairment that persists with many users once the initial “high” has worn off.

When used, pot is distributed throughout one’s body. These areas include the brain and spinal cord, heart, lungs, muscles, and fatty tissues. In fact, it is stored in fatty tissue. If one is pregnant and one uses pot, not only will the mom be affected by pot, but so will her unborn child. It also concentrates in breast milk. People who use marijuana should NOT breastfeed their baby.

Isn’t pot safe to use? I heard it was safer than other drugs. Pot is harmful to the brain, heart, and lungs.

Regular use of marijuana, particularly at a young age, can create biochemical and structural changes to the brain. Some of these changes are not reversible. Moreover, the effects are dose dependent. The more you use, the more likely to affect change.

Marijuana causes cognitive impairment. It harms learning, memory, attention, and critical decision-making. A recent study showed that regular use of marijuana at a young age causes a permanent decrease in IQ of up to 8 points.

Marijuana is linked to the development of mental health issues including anxiety, depression, and psychosis. Research has shown that regular daily to weekend use of pot increased one’s risk of psychosis 3-5 times that of the general population. Sadly, we are seeing this played out in states like Colorado where people have died from psychosis related events.

Marijuana has cardiac effects as well. Temporal links have been found between using pot and arrhythmias, stroke, and other major cardiac events.

In 2014, with the legalization of pot in Colorado, the marijuana industry began selling food products with infused THC. These products, which include candy, cereal, pop tarts, and sodas, are indistinguishable from regular food.

In fact, exposure of kids to marijuana increased by 200% over this last year because of these products. These accidental poisonings were secondary to exposure of kids to edibles typically in their home. Many kids ended up in the ER, some with serious complications like seizures and difficulty breathing.

What does “dabbing” mean?

Dabbing is inhaling vapors from heating a concentrated form of pot. Dabs, which are also known as BHO (butane hash oil), “budder”, “honeycomb”, or “earwax” contain much higher concentrates of THC, usually upwards of 90%. Dabs are much stronger than a single joint and the high is administered all at once.

How does smoking pot affect driving?

Driving high is dangerous to the driver, others in the vehicle, and people sharing the road. In fact, marijuana is the number one illicit drug found in the blood stream of drivers involved in fatal car accidents.

Pot and alcohol don’t mix. Using both drugs at the same time has been shown to increase the THC level in one’s blood stream. This makes for a deadly combination on the road.

Is it okay to use pot while pregnant?

It is NOT okay to use pot while pregnant. As mom gets high and feels the effects of the drug, so does the unborn child.

Studies have shown that children exposed to marijuana in utero have lower scores on visual and motor coordination as well as lower scores on visual analysis and problem solving. In utero exposure is also associated with decreased attention span and behavioral problems. Finally, studies have shown that teens are more likely to be marijuana users if their mom used while pregnant.

What if my teen says that since pot isn’t a big deal anymore and many of their friends are using it?

Now more than ever, it is incredibly important to speak clearly regarding the risks of pot use. Many teens see legal as meaning safe, so we are entering a critical time when it comes to our kids and marijuana use. Here are a few suggestions when it comes to talking to your kids about drug use in general.

Talk early and often. This should not be a one-time conversation.

Make sure your child knows your rules on drug use and set clear consequences if these rules are broken. Role-play real life situations so kids can know how to respond when confronted with scenarios that may involve drugs.Base education about pot and other drugs on facts.

Check out the National Institute of Drug Abuse website for up to date information. To learn more visit www.learnaboutsam.org .

Dr. Murphy is a board certified general pediatrician who currently serves on the American Academy of Pediatrics Practice Advisory Committee for Adolescent Substance Use. She heads a non-profit coalition, SAM Alabama, whose goal is to educate parents and kids on the public health issues and safety concerns associated with marijuana. 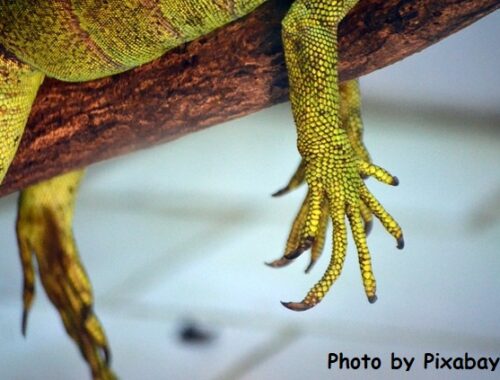 What to do when your child has an earache