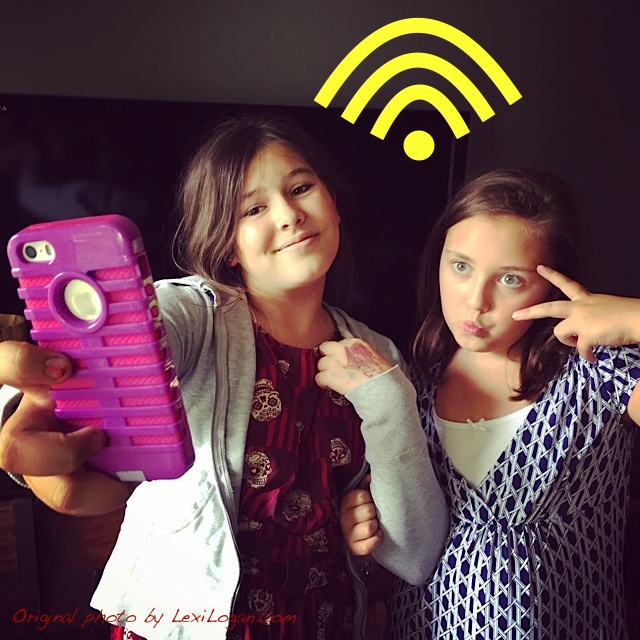 At college drop off last week, my  husband noticed an object that looked suspiciously like a router in our kid’s dorm room. Vaguely aware that routers emit some sort of radiation,  I turned to environmental medicine expert Dr. Alan Woolf for information, here is what he shared:

Q: My daughter has a wireless router within 2 feet of where she sleeps. Is this a problem?

A: The answer to the question is unfortunately not a straightforward ‘no problem’. Routers are one of a number of devices, including tablets, cell phones, and cell towers, that give off electromagnetic radiation (EMR) or radiofrequency radiation (RFR). In 2013 more than 6.8 billion mobile phones were registered.

Animal studies of EMR/RFR shows some biological effects, but it is uncertain whether these are applicable to humans. Human studies (and there have been many) have been either inconclusive or negative and are frequently confounded by problems with their design. However one well-controlled, blinded 2015 study of 31 adult females (average age: 26 years) holding 3G mobile phones near their heads for 15 minutes showed evidence of changes in their brain waves on EEG. Whether these changes were long-lasting or of any health import are unanswered questions. The International Agency for Research on Cancer (IARC), part of the United Nations’ World Health Organization, said in June 2011 that a family of frequencies that includes mobile-phone emissions is “possibly carcinogenic to humans.”

Federal agencies, such as the NIOSH, FCC and FDA, have set safety standards for mobile phones, routers, cell towers, etc. that are inclusive of safety factors for EMR/RFR emissions for humans; no commercial devices can be sold in the U.S. that do not comply with such standards. RFR energy levels from Wi-Fi equipment in all areas accessible to the general public, including school settings, are required to meet Federal exposure guidelines. The limits specified in the guidelines are based on an ongoing review of thousands of published scientific studies on the health impacts of RFR energy. Levels of RFR energy emitted from Wi-Fi equipment are typically well below these exposure limits. As long as exposure is below these established limits, there is no convincing scientific evidence that emissions from this equipment are dangerous to schoolchildren or to adults. There is no scientific evidence of long-term or cumulative health effects of RFR in children.

Wireless routers in commercial use are very low energy devices and are not a safety concern. Still, It seems prudent to keep some distance away from EMR/RFR emitters when chronic exposure is likely. The strength (and therefore dose) of EMR/RFR is exponentially inversely proportional to distance from the emission. Apple Inc. itself recommends, for example, that mobile phones be held at least 5/8 inch away from the body, or that Bluetooth-type headphone devices be used to keep the head away from the phone emitter.

In reality, EMR/RFR waves are all around us (just see what happens when your cell phone is ‘searching’ for a signal–sometimes it finds half a dozen or more in your vicinity). Unfortunately the medical safety science has not kept up with advances in the technology and so there continue to be uncertainty and unanswered health questions concerning their safety.

We thank Dr. Woolf for his insight, and Dr. Lai is happy to report that her daughter gets great wi-fi reception. Alan Woolf, MD, MPH is Professor of Pediatrics, Harvard Medical School (HMS), attending physician at Boston Children’s Hospital (BCH) and has authored over 250 original reports, scientific reviews, chapters, and other publications, many of them on topics concerning children’s poisoning and toxic environmental exposures. Among other accolades he is a past-president of the American Association of Poison Control Centers (AAPCC), and immediate past-president of the American Academy of Clinical Toxicology (AACT). Dr. Woolf has also served as external consultant to the World Health Organization’s International Program in Chemical Safety and as a member of the National Advisory Committee for Acute Exposure Guideline Levels for Hazardous Substances, EPA. He was recently chosen as a member of the General Hospital & Personal Use Device Panel of the Food & Drug Administration (FDA) and also serves as a consultant to the Medical Devices Advisory Committee of the Center for Devices and Radiological Health of the FDA.

Staggering: How to tell if your child’s back pack is too heavy

Some advice for Back-to-School 2011