ADHD: what else could it be? 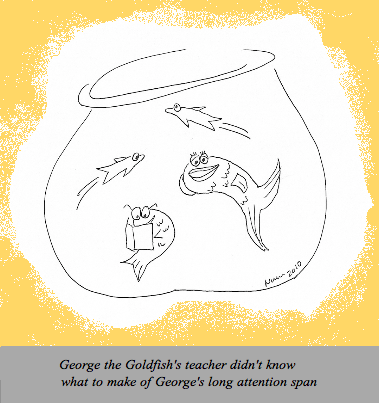 On Monday, your son Robby forgot his brown-bag lunch on the kitchen table.

On Tuesday, he left his second grade homework on the school bus.

On Wednesday, he jumped off a five-foot wall at recess and ended up in the nurse’s office “just because.”

On Thursday, he didn’t notice three questions on the exam and skipped them.

Every day, Robby takes over an hour to complete what the teacher claims should be ten minutes of homework.

On Friday, you are not surprised when Robby hands you a note from his teacher asking for a conference.

At the parent teacher conference you and your partner get a feeling of déjà vu. You had a similar conference with Robby’s first grade teacher. This time the principal and counselor are present. You learn that he does not follow directions, he cannot complete work unless the teacher sits next to him and redirects him, he “spaces out” during classroom activities, and he can’t keep his hands off of the extra pencils in his desk or those on his neighbor’s desk. You ask the teacher if she suggests testing Robby for Attention Deficit Hyperactivity Disorder. Everyone agrees Robby is impulsive, unfocused and constantly in motion…all hallmarks of ADHD. The counselor says the school psychologist can evaluate Robby.

“We give the go ahead,” you say. Everyone smiles and shakes hands. But as soon as you arrive home, you begin to worry. You fear “something else” may be causing ADHD symptoms. The fear of missing that “something else” brings you and Robby to my office.

Here is a list of “Something elses” that doctors think about. These all can masquerade as, or contribute to, ADHD symptoms:

Some children have several factors leading causing attention problems. Your son Robby ultimately receives the diagnosis of ADHD as well as a new pair of glasses. You set up ADHD treatment strategies for Robby and look forward to a more successful school year.

©Two Peds in a Pod℠

Does my child have a cold or the flu?