In a scrape? Preventing infection in cuts and scrapes 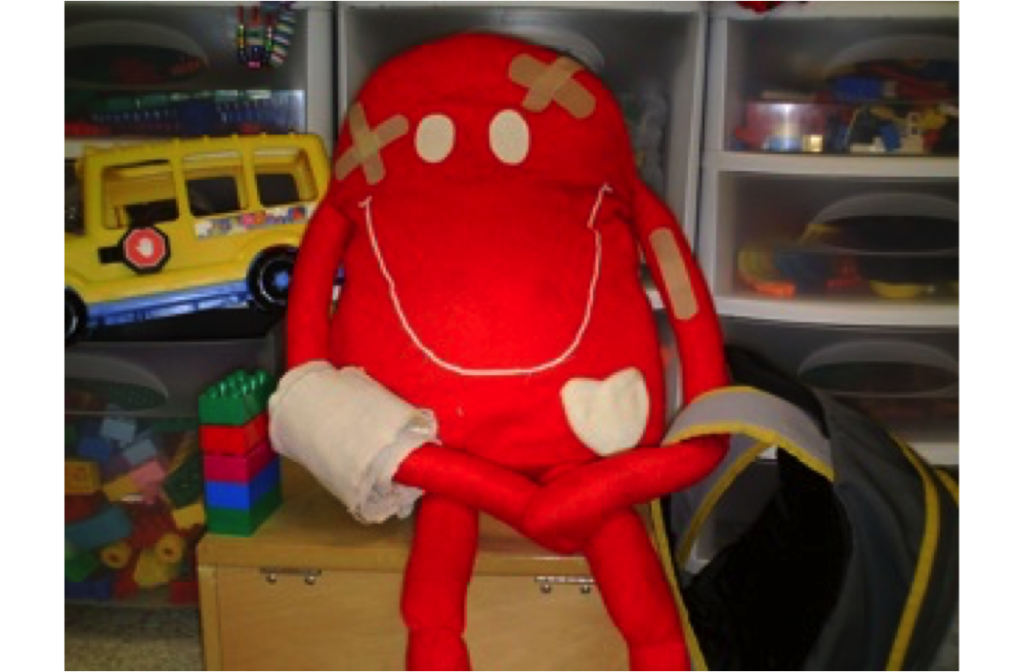 How can you tell if your child’s scrape is infected if his skin is already bright red?

I heaved a sigh of relief. My children greeted my husband and me at the door. The children had just baby-sat themselves. I thought everyone was unscathed until I saw one of my children covered in bandages. Cuts and scrapes? Apparently, although I had admonished them not to ride anything with wheels and not to climb on anything above the ground, the child with the bandages had tripped over her own feet during a benign game of four square.

“Did you wash the scrapes?” I asked.

“Yes,” the kids said, proudly nodding. They knew the first line of defense against a wound infection is to wash out cuts and scrapes. But as it turns out, they had only dabbed the cuts with wet paper towels. Aghast, I propelled the injured child off to the bathroom and hosed down the cuts. Too many times I have seen a minor scrape turn into a major skin infection.

When a wound is not thoroughly cleansed, the bacteria which normally live on intact skin (Staphylococcus or Streptococcus) find an opportunity to enter the body through the wound and cause infections. Even a mosquito bite can turn into a raging, puss-filled mess if scratched often and not cleansed enough. These days, some children carry on their skin a type of Staphylococcus called MRSA (Methicillin Resistant Staphylococcus Aureus). Since this germ can be tough to treat when it causes an infection, a thorough cleansing is more important than ever.

While infection is rarely introduced from the actual object that cuts the child, exceptions include cuts caused by animal or human bites (the human mouth is particularly filthy) and cuts caused by old, dirty or rusty metal. Tetanus lives in non-oxygenated places such as soil. So for deep or very dirty wounds, make sure your child’s tetanus vaccine is up to date.

Despite what many believe, wiping the surface of a cut with a wipe is not adequate to cleanse a wound. “Irrigate, irrigate, irrigate,” a wise Emergency Department physician explained to me when I was a resident in training. “I have never had someone return with a wound infection,” she said proudly. In the emergency room, saline is usually used. At home, soap and running water are effective. Stay away from hydrogen peroxide and rubbing alcohol because they can irritate rather than help the skin.

After washing your child’s cuts and scrapes, you can use bandages to help prevent further exposure to germs and to avoid irritation from clothes or from your child’s scratching, probing fingers. Infections, if they occur, can set in 2-3 days after your child gets her wound. Remove the bandage daily and check the wound for signs of infection such as pus, increased redness, warmth and pain. Wash the wound again, and then replace the bandage. You could also apply topical antibiotic such as Bacitracin to further help prevent wound infection.

So, even if your child just took a shower, wash him again if he scrapes himself. The sooner you irrigate even the tiniest of wounds, the better.

An ounce of prevention is worth a pound of antibiotics.

how to clean a woundhow to prevent skin infections in kidshow to wash a woundtetanusprevent wound infectioncuts and scrapes
July 20, 2018 by twopedsinapod

Raise a well-behaved child: set the stage while they are toddlers