The truth about lying: what to do when your child lies to you 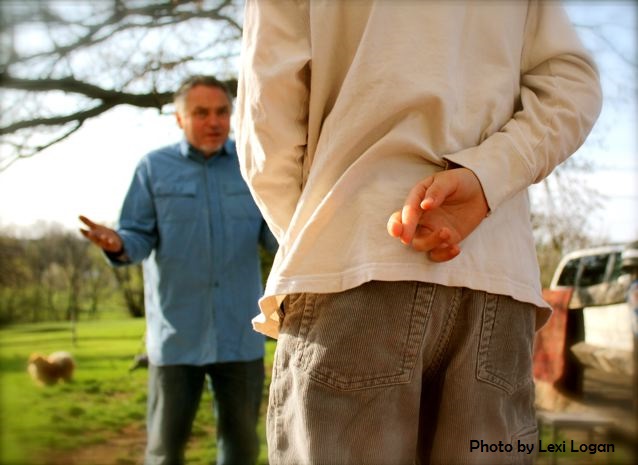 Stunned, you find your child’s third quarter report card under his bed. Your child told you he got an A, but the teacher’s report shows a lower grade. A much lower grade. You are horrified, not about the grade, but about the lying. Refrain from running straight to school and yanking him out of class to confront him.

Lying is not uncommon in childhood. For very young children, “lying” is a normal part of developmental. Preschool children are at the developmental stage where they exaggerate and tell tall tales. Preschoolers rarely have a hidden agenda and truly believe in their fantasies.

Beyond the preschool age, there often is a hidden agenda. “There is a reason behind their lies,” says Pennsylvania based Buckingham Friends School teacher of over 25 years, Nancy Sandberg. Try to figure out your child’s underlying reason for lying. During elementary school, children develope a sense of right and wrong. They begin to lie to avoid disappointing a parent, to avoid a perceived punishment, or for attention. In their teens, kids protect their privacy and begin to separate their identity from their parents. Teens may lie because they are afraid of losing face with peers or in order to get something they want. A lying teen may also be covering up underlying problems such as alcoholism.

Before talking to your child about his lying, clear your head of anger. An emotionally charged confrontation will end up in a blow-up rather than a rational discussion. If he lies when you talk to him, state that you are not sure that he is telling the truth and plan a later time to discuss the issue. Also, do not ask your child questions to which you already know the answer and avoid giving him a reason to lie further. In the report card example, when your child comes home, do not ask him where his report card is or if he had seen his grades. Instead, start the conversation with facts: “I found your report card. I see that your grades are not what you said they would be. I am concerned because you hid the truth from me. Let’s talk about it.”

Sometimes anger may impede your ability or your child’s ability to have a rational discussion. Wait until things cool down or have an objective third party present during your conversation. In your discussion, give your child an alternative to lying. For instance, if she is concerned about your reaction to a grade, tell her to go to another adult first, such as a teacher, if the situation reoccurs and they can approach you together. Talk about how your child would feel if someone lied to her. Discussing a book with a protagonist who lied can give your child a way to indirectly discuss her own situation. And reassure, reassure, reassure her that in no way does the incident diminish your love for her.

Keep in mind, most episodes of lying are isolated incidents. However, a child who chronically lies and also shows negativity and hostility or defiance towards adults should be evaluated by a health care professional. For more information, click on the American Academy of Child and Adolescent Psychiatry’s site www.aacap.org.

Sandberg proudly recalls a child whom she worked with years ago. At the beginning of the school year, the child lied about his school work. Later, the child went on to play Hercules in the school play. Sandberg and the child talked about how like Hercules, he had struggled, but because he faced his challenges head-on, he turned into a hero.

lyingwhen your child lies to youwhy does my kid lie to mehow to deal with lying in your children
March 15, 2013 by twopedsinapod

Acne: an unwelcome bump on the road to adulthood

Arsenic in your food: an update