Getting back to basics: How do vaccines work? 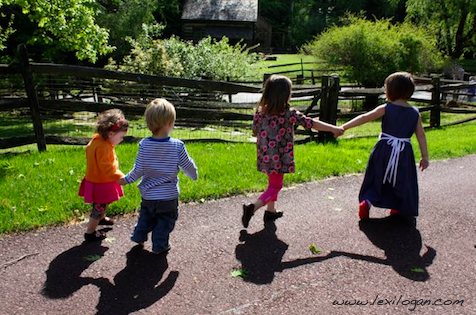 Recent comments by politicians have brought vaccines back into the public eye. In this post, we get down to basics.

Did you ever wonder how a vaccine works?

To understand how vaccines work, I will give you a brief lesson on the immune system. Trust me, it is interesting. Let me give you an example of me. When I was eight, I had chicken pox. It was a miserable week. I started out with fever and headache, then suffered days of intense body itching from blister-like spots, and ultimately, because I scratched off some scabs, ended up with scars. During this time, my immune system cells worked to battle off the chicken pox virus. Immune cells called memory cells also formed. These cells have the unique job of remembering (hence the name “memory cells”) what the chicken pox virus looks like. Then, if ever in my life I was to contact chicken pox again, my memory cells could multiply and fight off the virus WITHOUT MY HAVING TO GET SICK AGAIN WITH CHICKEN POX. So after I recovered, I was able to play with my neighbor even while he suffered with chicken pox.  I returned to school where other children in my class had chicken pox, but I did not catch chicken pox again. Even now, as a pediatrician, I don’t fear for my own safety when I diagnose a child with chicken pox, because I know I am immune to the disease.

This is an amazing feat, when you think about it.

So enter vaccines. A vaccine contains some material that really closely resembles the actual disease you will protect yourself against. Today’s chicken pox vaccine contains an altered form of chicken pox that is close to but not actually the real thing. However, it is so similar to the real thing that your body’s immune system believes it is, in fact, real chicken pox. Just as in the real disease, your body mounts an immune response, and makes  memory cells that will remember what the disease looks like.  So, if you are exposed to another person with chicken pox, your body will kill off the virus but YOU DON’T GET SICK WITH THE CHICKEN POX. What a beautiful system! Rather than thinking about a vaccine as a foreign substance, think of it as a substance that is able to strengthen your body’s natural immune system.

Before chicken pox vaccine, about 100 children per year in the US died from complications of chicken pox disease. Many thousands were hospitalized with pneumonia, skin infections, and even brain damage (encephalitis) from chicken pox disease. Now a small injection into the arm can prevent a disease by creating the same kind of immunity that you would have generated from having the disease, only now you have one second of pain from the injection instead of a week of misery and possible permanent disability or death. I call that a Great Deal!

I used the example of chicken pox because the vaccine was invented during my own lifetime. However, I could have used the example of polio, which, prior to its vaccine development in 1955, paralyzed 10,000 children per year in the United States, or measles, which infected 4 million children per year and killed 3000 per year in the United States before doctors began to give children a vaccine against measles in 1963.

All vaccines operate by this principle: create a safe environment for your immune system to make memory cells against a potentially deadly disease. Then when you are exposed to someone who actually has the disease, you will not “catch” it. Your body will fight the germs, but you do not become sick. If everyone in the world were vaccinated, then the disease itself would eventually be completely eradicated. Even if MOST people were vaccinated, this disease eradication can occur, because the majority of immunized people protect the few who are too young or too ill to receive vaccines themselves. This happened with small pox, a disease that killed 50 percent of infected people. There is no longer small pox because nearly everyone on earth received the small pox vaccine. Now we do not need to give small pox vaccine because the disease no longer exists. This is a huge vaccine success story.

Friedrich Nietzsche said “What doesn’t kill us makes us stronger.” We pediatricians feel this is unacceptable risk for children. We would rather see your child vaccinated against a disease in order to become immune rather than risking the actual disease in order to become immune. The vaccines that we give children protect against diseases that can cause serious, lifelong disability or death.

Hopefully this blog post answers your questions about how vaccines work. For more details or more in-depth explanations, I refer you to the AAP (American Academy of Pediatrics) website www.aap.org, the Immunization Action Coalition, Children’s Hospital of Philadelphia’s Vaccine Education Center,  and the book Vaccines: What You Should Know, by pediatricians Dr. Paul Offit and Dr. Louis Bell.

For more information about vaccines, please see our prior posts: Should I vaccinate my child?, Closure: there is no link between the MMR vaccine and autism, Fact or Fiction: a flu vaccine quiz for all teachers, babysitters, parents, and anyone else who breathes on children, Do vaccines cause autism?, Measles outbreak: would you recognize measles in your child?, A vaccine parable , and Are my teen’s vaccines up to date?

Potty training 101: the nuts and bolts

How to treat bloody noses- nothing to sneeze at