A story of life and hope 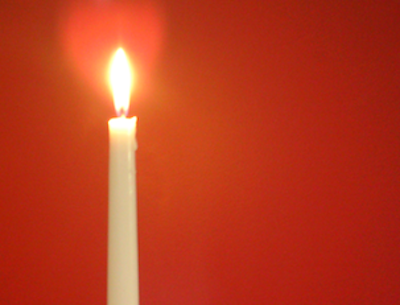 At this time of the Jewish High Holy Days, Dr. Kardos offers us a glimpse into lessons learned as a doctor in training. This is a true story she wrote years after meeting Beth and, until recently, had only shared with a few close friends.

Tonight starts Yom Kippur and my two youngest children are asleep in their beds. As my oldest sits in the rocker next to my desk reading the last book in the Lord of the Rings series, my husband relaxes playing a computer adventure game. The Jewish High Holy Days are a time for reflection about the past year. But my mind goes back to a Yom Kippur Eve when I was working as a resident in the Pediatric Intensive Care Unit (PICU) as part of my pediatric training.

Residents work through most holidays, even ones they consider important. This night, I wished I had off, but I consoled myself with knowing that I would be off on Thanksgiving. Luckily I was partnered with Amy, the lead physician in the PICU.

The sickest patient that night was twelve-year-old Beth. She had leukemia and had just started chemotherapy. Because her immune system was weak, Beth was very ill with a bacterial infection in her blood. Despite powerful antibiotics, the infection raised havoc in her body. She developed such difficulty breathing that a tube from a mechanical ventilator was placed down her throat to force air into her lungs. Even the comfort of sleep escaped her. Beth was afraid of what was happening to her body. She refused to accept medicine that could help her sleep because she was so afraid that she would never wake up.

That night, despite her incredibly ill state, she got her period. Usually when a girl’s body is stressed, the body preserves all blood and the periods stop. But hers came, and because her blood cells were so abnormal from a toxic combination of infection, chemotherapy, and leukemia, she began bleeding to death. We transfused her with bag after bag of blood to keep her alive.

In the middle of the night, Beth’s blood pressure suddenly plummeted so we added even more medication. Because my mentor Amy was not certain that Beth would survive the night, we called her family at the hotel near the hospital where they were staying and told them come to Beth’s side. And through it all, Beth refused to sleep. Her eyes always opened in terror whenever we approached her bed. Her face was gray. Her chest rose and fell to the rhythm of the mechanical ventilator, and you could smell the fear all around her.

I stood with Amy just outside Beth’s room as Amy reviewed a checklist for Beth’s care. It went something like: “Ok, we just called blood bank for more blood; we called her family; we called the lab; we called the pharmacy. We are currently attending to all of her problems, we now just have to wait for her body to respond.” She paused,” But you know what?”

“We need to address her spiritual needs as well. Do we know what religion her family is? They may want a clergy member with them.”

I was startled. In the midst of all the tubes and wires of technology, Amy remembered to summon the human factor in medicine. We looked in her medical chart under “religious preference” and there it was: Jewish.

“Amy,” I said, “of all nights. Tonight is Yom Kippur…the holiest night of the Jewish year.”

I knew that the hospital had a Rabbi “on call” just like they had priests, nuns, ministers, and other spiritual leaders. But that night I was sure that every rabbi in Philadelphia would be at synagogue for Kol Nidre, the declaration chanted at the beginning of the Yom Kippur evening service. We were unlikely to track down a Rabbi.

Despite this, we asked her mother if they wanted us to call a Rabbi for them. She shook her head no. I remember feeling relieved, then guilty that I felt relieved. Amy left to check on another patient. Beth’s mom, dad, and older sister stood together watching Beth. Her sister’s hand lay on her mother’s arm. Her mother’s eyes darted from me to Beth to the mechanical ventilator next to the bed. Beth’s eyes were closed and it was difficult to know if she even knew we were there.

Her family walked out into the hall to talk. Beth at that moment opened her eyes and started tapping on the bed with her foot to get my attention. She couldn’t talk because of the tube down her throat and her hands were taped down with IVs. Yet she reached out with one hand as best she could.

I walked close to her bed so she could touch me and I asked, what is it, Beth?

Her lips formed the words around the breathing tube very deliberately, her body tensing. “Am I going to die?”

What I answered was, “Not tonight, Beth.”

She relaxed into her pillow but kept her eyes on mine. I waited to see if she would say anything else, but the effort to ask that one question had exhausted her. I stood, holding her hand, until her family came back into the room. Her eyes followed them to her bed and I left so they could be together.

Beth did survive the night and in fact survived a month in the PICU. She became well enough to be transferred to a regular hospital floor. By this time I was working in a different part of the hospital, but one of the oncologists pointed her out to me.

I don’t know what happened to her in the long term.

So now I tell my oldest child it’s time for him to stop reading and go to sleep, and I walk him to his room to say goodnight. My husband and I decide what time we’ll attend Yom Kippur services tomorrow. Part of me feels joined with Jews everywhere who will also be spending the next day reflecting, praying and celebrating a new year. But mostly, like every year at this time, I remember the sounds and the smells and the fear in the PICU where sickness doesn’t care who your God is or what your intentions are. I remember Amy caring enough to think about a dying child’s family religion, and always, I remember Beth.

It’s no laughing matter: another tween game in town