How to tell if your baby or toddler has autism 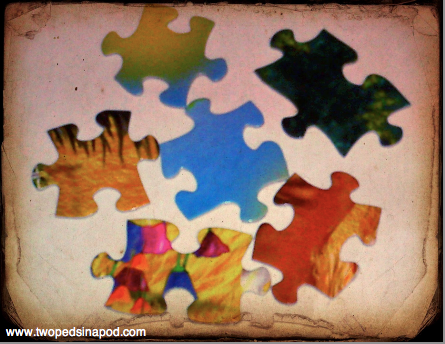 Autism is a communication and socialization disorder. Pediatricians watch for  speech delay as a sign of autism. But even before your child is expected to start talking at around a year old, you can watch for communication milestones. Problems attaining these milestones may indicate autism or other disorders such as hearing loss, vision loss, isolated language delay, or other developmental delays:

By six weeks of age, your baby should smile IN RESPONSE TO YOUR SMILE. This is not the phantom smile that you see as your baby is falling asleep or that gets attributed to gas. Your baby should see you smile and smile back at your smile. Be aware that babies at this age will also smile at inanimate objects such as ceiling fans, and this is normal for young babies to do.

By two months of age, babies not only smile but also coo, meaning they produce vowel sounds such as “oooh” or “aaah” or “OH.” If your baby does not smile at you by their two month well-baby check up visit or does not coo, discuss this delay with your child’s doctor.

By four months of age, your baby should not only smile in response to you but also should be laughing or giggling OUT LOUD. Cooing also sounds more expressive (voice rises and falls or changes in pitch) as if your child is asking a question or exclaiming something.

Six-month-old babies make more noise, adding consonant sounds to say things like “Da” and “ma” or “ba.” They are even more expressive and seek out interactions with their parents. Parents should feel as if they are having “conversations” with their babies at this age: baby makes noise, parents mimic back the sound that their child just made, then baby mimics back the sound, like a back and forth conversation.

All nine-month-olds should know their name. Meaning, parents should be convinced that their baby looks over at them in response to their name being called. However, sometimes parents have so many nicknames for their baby that this milestone might be delayed a bit until parents are more consistent with always using the same name to address their child. Baby-babble at this age, while it may not include actual words yet, should sound very much like the language that they are exposed to primarily, with intonation (varying voice pitch) as well. Babies at this age should also do things to see “what happens.” For example, they drop food off their high chairs and watch it fall, they bang toys together, shake toys, taste them, etc.

Babies at this age look toward their parents in new situations to see if things are ok. When I examine a nine month old in my office, I watch as the baby seeks out his parent as if to say, “Is it okay that this woman I don’t know is touching me?” They follow as parents walk away from them, and they are delighted to be reunited. Peek-a-boo elicits loud laughter at this age (“You’re gone, you’re back, haha!”). Be aware that at this age babies do flap their arms when excited or bang their heads with their hands or against the side of the crib when tired or upset; these “autistic-like” behaviors are in fact common at this age.

By one year of age, children should be pointing at things that interest them. This very important social milestone shows that a child understands an abstract concept (I look beyond my finger to the object farther away) and also that the child is seeking social interaction (“Look at what I see/want, Mom!”). Many children will have at least one word that they use reliably at this age or will be able to answer questions such as “What does the dog say?” (child makes a dog sound). Even if they have no clear words, by their first birthday children should be vocalizing that they want something. Picture a child pointing to his cup that is on the kitchen counter and saying “AAH AAH!” and the parent correctly interpreting that her child wants his cup.

Kids at this age also will find something, hold it up to show a parent or even give it to the parent, then take it back. Again, this demonstrates that a child is seeking out social interactions, a desire that autistic children typically fail to demonstrate. It is also normal that at this age children have temper tantrums in response to seemingly small triggers such as being told “no.” Unlike in school-age children, difficulties with “anger management” are normal at age one year.

Pediatricians often use a questionnaire called the M-CHAT (Modified Checklist for Autism in Toddlers) as a screening tool . This test can be downloaded for free. In our office we administer the M-CHAT at the 18-month well child visit and again at the two-year well visit, but the test is valid down to 16 months and in kids as old as 30 months. Not every child who fails this test has autism, but the screening helps us to identify which child needs further evaluation.

At 15-18 months of age, children should show the beginnings of pretend play. For example, if you give your child a toy car, the toddler should pretend to drive the car on a road, make appropriate car noises, or maybe even narrate the action: “Up, up, up, down, down, rrrroooom!” Younger babies mouth the car, spin the wheels, hold it in different positions, or drag a car upside down, but by 18 months, they perceive a car is a car and make it act accordingly. Other examples of pretend play are when a toddler uses an empty spoon and pretends to feed his dad, or takes the T.V. remote and then holds it like a phone and says “hello?” You may also see him take a baby doll, tuck baby into bed, and cover her with a blanket.

Eye contact in American culture is a sign that the child is paying attention and engaged with another person. Lack of eye contact or lack of “checking in” with parents and other caregivers can be a sign of delayed social development.

Kids try periodically to get their parents to pay attention to what they are doing. Lack of enticing a parent into play or lack of interest in what parents or other children are up to by this age is a sign of delayed social development. Ask yourself, “Does my child bring me things? Does he show me things?”Also, although they may not share or take turns, a toddler should still be interested in other children.

Many two-year-olds like to line things up. They will line up cars, stuffed animals, shapes from a shape sorter, or books. The difference between a typically-developing two-year-old and one that might have autism is that the typically-developing child will not line things up the exact same way every time. It’s fine to hand your child car after car as he contently lines them up, but we worry about the toddler who has a tantrum if you switch the blue for the green car in the lineup.

Two-year-olds should speak in 2-3 word sentences or phrases that communicate their needs. Autism is a communication disorder, and since speech is the primary means to communicate, delayed speech may signal autism. Even children with hearing issues who are speech-delayed should still use vocal utterances and gestures or formal sign language to communicate.

Another marker for autism can be atypically terrible “terrible twos”. Having a sensory threshold above or below what you expect may be a sign of autism. While an over-tired toddler is prone to meltdowns and screaming, parents can often tell what triggered the meltdown. For example, my oldest, at this age, used to have a tantrum every time the butter melted on his still-warm waffle. Yes, it seemed a ridiculous reason to scream, but I could still follow his logic. Autistic children are prone to screaming rages beyond what seems reasonable or logical. Look also for the child who does not startle at loud noises, or withdraws from physical contact because it is overstimulating.

By three years, children make friends with children their own age. They are past the “mine” phase and enjoy playing, negotiating, competing, and sharing with other three-year-olds. Not every three year old has to be a social butterfly but he should have at least one “best buddy.”

Regression of skills at any age is a great concern. Parents should alert their child’s pediatrician if their child stops talking, stops communicating, or stops interacting normally with family or friends.

It’ s okay to compare. Comparing your child to other same-age children may alert you to delays. For example, I had parents of twins raise concerns because one twin developed communication skills at a different pace than the other twin.

Although you may wonder if your child has autism, there are other diagnoses to consider. For instance, children need all of their senses intact in order to communicate well. I had a patient who seemed quite delayed, and it turned out that his vision was terrible. He never complained about not seeing well because he didn’t know any other way of seeing. After my patient was fitted with strong glasses at the age of three, his development accelerated dramatically. The same occurs for children with hearing loss—you can’t learn to talk if you can’t hear the sounds that you need to mimic, and you can’t react properly to others if you can’t hear them.

If you or your pediatrician suspect your child has autism, early and intensive special instruction, even before a diagnosis is finalized, is important. Every state in the United States has Early Intervention services that are parent-prompted and free for kids. The sooner your child starts to works on alternate means of communication, the quicker the frustration in families dissipates and the more likely your child is to ultimately develop language and social skills. Do not be afraid of looking for a diagnosis. He will be the same child you love regardless of a diagnosis. The only difference is that he will receive the interventions he needs.

A developmental guide to reading to your children

A glimpse into the world of childhood mental illness