Eight is Great! All about eight-year-olds 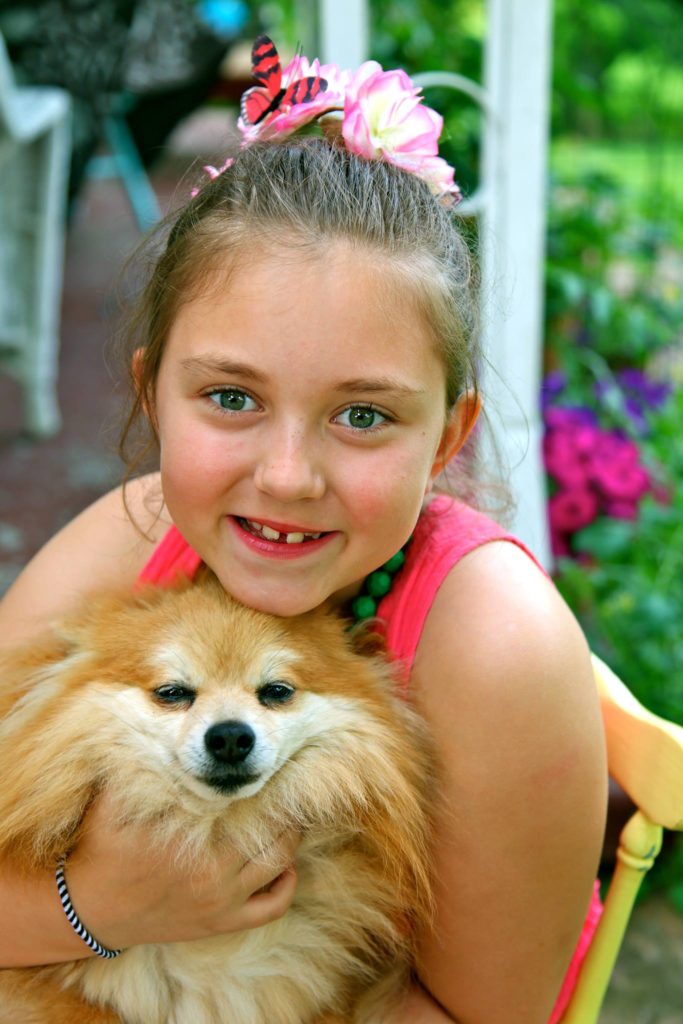 If our blog had a “face” we would put a party hat on a smiling head with disproportionately large emerging adult teeth and a body with gangly legs and arms.  In honor of our blog’s eighth birthday  (read our very first post here) today’s post celebrates your eight-year-olds.

Typical eight-year-olds are no longer squishy-faced babies and no longer adoring young elementary school students who still think of their parents as heroes. Now you have an emerging friend-seeking, active child.

Eight-year-olds understand logic and are less apt to believe in “real” magic but are interested in spotting the “trick.” Parents may find that eight is the year that their child stops believing in Santa or the tooth fairy. If they do believe in Santa, expect them to question how Santa reaches all the children in one night, or how he can fit down a chimney.

This is an academic leap year. There is less hand holding in school. The switch-over from “learning how to read” to “reading in order to learn”  begins. Instead of rote memorization of individual words, reading comprehension increases and children now gain knowledge from books. Some eight-year-olds may prefer to read to themselves before bedtime because they can read to themselves faster than you can read to them. Even if they are reading on their own, continue to share books together at bedtime.  For many kids, this is the age when they begin to struggle academically if they have a previously unrecognized learning disability.

Eight-year-olds begin to notice kids who stand out, especially kids who act or look different from the other kids, and can be cruel with their observations and exclusions. Teach your child about differences and the importance of tolerance. As Dr. Lai tells her kids, “You don’t have to be friends with everyone, you just have to be nice.”

The long march through adolescence starts now. Some girls start to show the initial  sign of puberty called breast-budding (chest development). Teach your daughters about periods at this age because some girls begin to menstruate in the next couple of years, and girls who are caught unawares can become quite frightened by unexpected blood coming out of them. You can refresh your memories and check your facts about periods from our prior post on this subject.

Many eight-year-olds, even those who seem years away from puberty, become stinky. Trust us, you will notice, and so will others, so encourage them to wash their entire body, INCLUDING ARMPITS, every day WITH SOAP and to use deodorant daily. We do not have a favorite brand but you could look initially for a deodorant alone rather a deodorant/antiperspirant combination product as they may irritate young skin. Note that even though they may smell like adults, their brains are only eight years old, so you will have to remind your eight-year-olds to use the deodorant. One trick is to keep the deodorant next to the toothbrush so when they brush their teeth every morning, they will remember to incorporate deodorant into their morning routine.

Other self-care tasks also will need reminders. After years of tracking your child’s pee and poop pattern, you now probably don’t know when the last time your child moved her bowels. No need to follow your child into the bathroom, but every once in a while ask about their bowel and bladder habits. During the school year, be aware that eight-year-olds may avoid school bathrooms and don’t urinate all day, which can lead to problems with leaking urine (accidents) and urinary tract infections.

Eight-year-olds continue to  improve their concentration spans and have a greater interest in learning new skills. For many, this is the age of active sport participation (playing “real” sports games), the start of learning a musical instrument or foreign language, and club participation such as 4H or scouts. Some eight-year-olds begin to spend many hours a week in a chosen activity such as gymnastics (however, please note that the American Academy of Pediatrics recommends against home trampolines for all kids). Eight years is when they can handle the toys and art equipment that are labeled “for eight and above.” You will be impressed at the attention to detail that an eight-year-old can display in art projects.

Children this age often prefer to spend time with a friend rather than a younger sibling or parents. It is fun and also good for self-esteem for your child to host a friend at your home and to spend time with friends at their homes. While eight-year-olds are fully capable of entertaining themselves, they still require adult supervision, even if that supervision is from another room or floor of the house. Eight-year-olds do not yet need their own phones: an adult should always be present in case trouble arises. However, it is appropriate to teach your eight-year-old to use a phone and to arrange a get-together or a car pool after first checking with parents. Screen-addiction (to television, computers, and hand-held devices) starts early; set screen time rules now so that you won’t be frustrated later.

Speaking of self-reliance, by all means teach your eight-year-old to cook a simple meal, use the microwave and toaster oven, set and clear the table, do dishes, load and unload a dishwasher and washing machine, and take out the trash. Again, parents should supervise, but the goal is to create an independent adult. Eight-year-old egos enjoy a good boost when you acknowledge their increased sense of responsibility and contributions to running the household.

Last tip: if you are driving your child and an eight-year-old friend, be sure to have enough booster seats in the car for everyone (US law requires booster seats through age 8 years-see our post on car safety).

Yes, eight is great, and Two Peds is thrilled to celebrate this birthday.  Your eight-year-old celebrates this birthday smack dab in the middle of the “golden years” of parenting. During these years, they are too young to drive and too old to take a nap. The typical blog lasts less than 6 months, so keep us going by reading, sharing, sending us your post ideas, and inviting us to speak (twopedsinapod@gmail.com). Our information is only good if others read it and share it! Please “follow” us on Facebook, tweet about us, email subscribe, and continue to get the word out. Pediatric colleagues: we welcome guest bloggers, so if you have something to share that we haven’t already said, please contribute.

What to do for your child’s ear pain

Should I bring my sick kid to a holiday party?