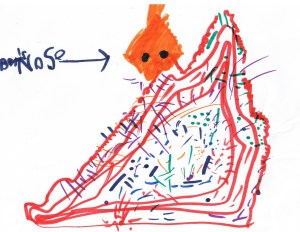 The good news is that there was only a smattering of influenza (flu) cases across the United States over the summer. The great news is that according to the Centers for Disease Control, most of the detected strains are covered in this year’s vaccine.

If you’re still hesitant to vaccinate your family, let’s talk frankly about some myths we sometimes hear about flu vaccines:

If my friend’s child has flu symptoms, I’ll just avoid their house to avoid catching the flu
False. According to the CDC , you are infectious the day before symptoms show up. So it is TOO LATE to avoid only those already sick.

My family never gets the flu so it’s not necessary to get the vaccine.
False and dangerous. Saying “My child and I have never had the flu so we don’t need the flu vaccine” is like saying, “I’ve never a car accident so I won’t wear my seat belt.”

I got the flu shot last year and then I got sick. So the flu shot must have made me sick.
Our condolences. True, you were sick. But this statement is False, because the illness was not caused by the flu vaccine. Vaccines are not real germs, so you can’t “get” a disease from the vaccine. But to your body, vaccine proteins appear very similar to real germs and your immune system will respond by making protection against the fake vaccine germ. When the real germ comes along, pow, your body already has the protection to fend off the real disease.

It is important to realize that the vaccine takes about 2 weeks to take effect in your body. So, if you were unlucky enough to be exposed to someone with the flu and then got the vaccine the next day, you still have a good chance of coming down with the flu. Unfortunately, the vaccine will not have had a chance to work yet.

Please know, however, there is a chance that for a couple days after a vaccine, you will ache and have a mild fever. The reason? Your immune system is simply revving up. But no, the flu vaccine does not give you the flu.

No one dies from the flu anymore, do they? Flu is just not that dangerous, so my child does not need a flu shot. I will just take my chances with flu.

False! A total of 107 influenza-associated pediatric deaths were reported for the 2016-2017 season. In past seasons up to 90% of children who died from flu did not receive a flu vaccine. So please, vaccinate yourself and your children.

The vaccine coverage is awful.
Not the case this year. On the other hand, even if coverage was spotty, look at it this way— if half of the flu out there was covered, that’s a lot fewer people that won’t give your kid the flu.

Myth: butter’s better on a burn